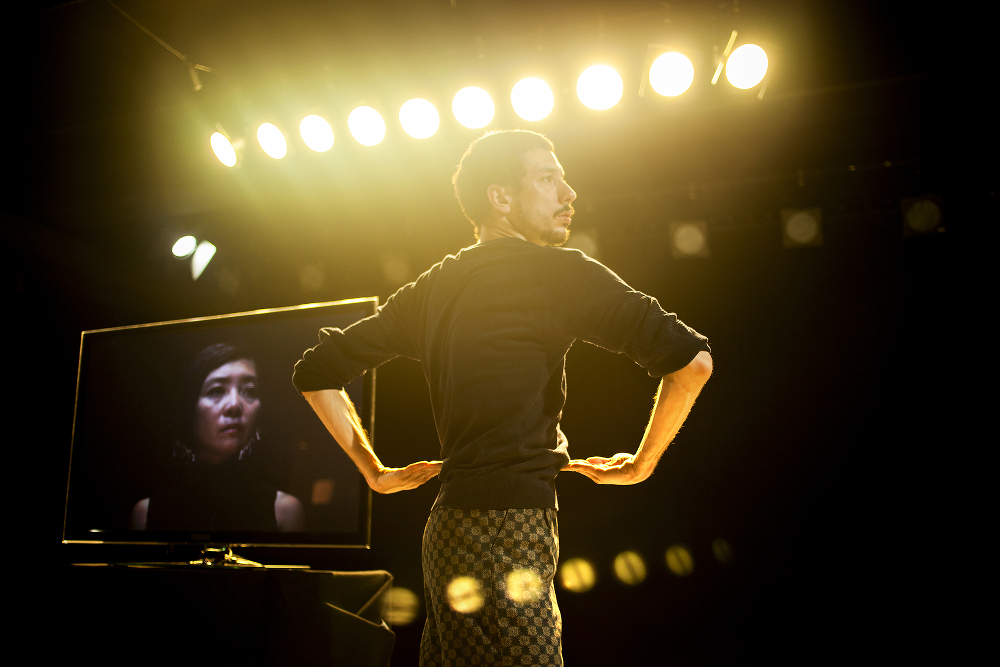 At the end of the two performances a #D_talk will take place, a chat between the artist and Lorenzo Conti..

Trop is inspired by the excessive media production that characterizes the contemporary world and the consequent gradual impoverishment of meaning and sense. The huge amount of information we are forced to process every day is the driving force behind this performance. Andrea Costanzo Martini, investigating the role of the dancer in this context, composed his solo around the void that media pollution produces, with the aim of creating something solid and resilient, which can support the choreographic composition.

What happened in Torino (13′ duration)

The solo What happened in Torino explores, as a sort of choreographic challenge, the emotional and physical states the dancer’s body moves through, allowing to reveal them in all their eccentric and extravagant uniqueness. Rather than falling back into known and pre-established lines of movement, Andrea Costanzo Martini copes with a constant struggle between the desire to be observed and the anguish of being a pure object-commodity, between the desire for movement and the feeling of imprisonment caused by others’ gaze. The solo was awarded the first prize for dance and choreography at the 2013 International Solo Dance Competition in Stuttgart.

Andrea Costanzo Martini, born and raised in Italy, trained in contemporary dance and ballet. He attended the Heinz-Bosl Stiftung Ballet Akademien in Munich and began his professional career as a dancer at the Aalto Staats Theater in Essen in 2004.

In 2006 he joined the Batsheva Dance Company, working with Ohad Naharin and Sharon Eyal. He then began his career as a Gaga teacher and choreographer through the company’s “dancer create” program.

In 2010 he joined the Cullberg Ballet in Stockholm and danced the repertoires of Benoit Lachambre, Alexander Ekman, Crystal Pite, Jefta Van Dinter and Tillman O’Donnel.

In 2012 he returned to Israel where he joined the Inbal Pinto and Avshalom Pollak dance companies and began to develop his own choreographies.

Actor in the video Mami Shimazaki

With the support of Stuttgart Solo Tanz Competition