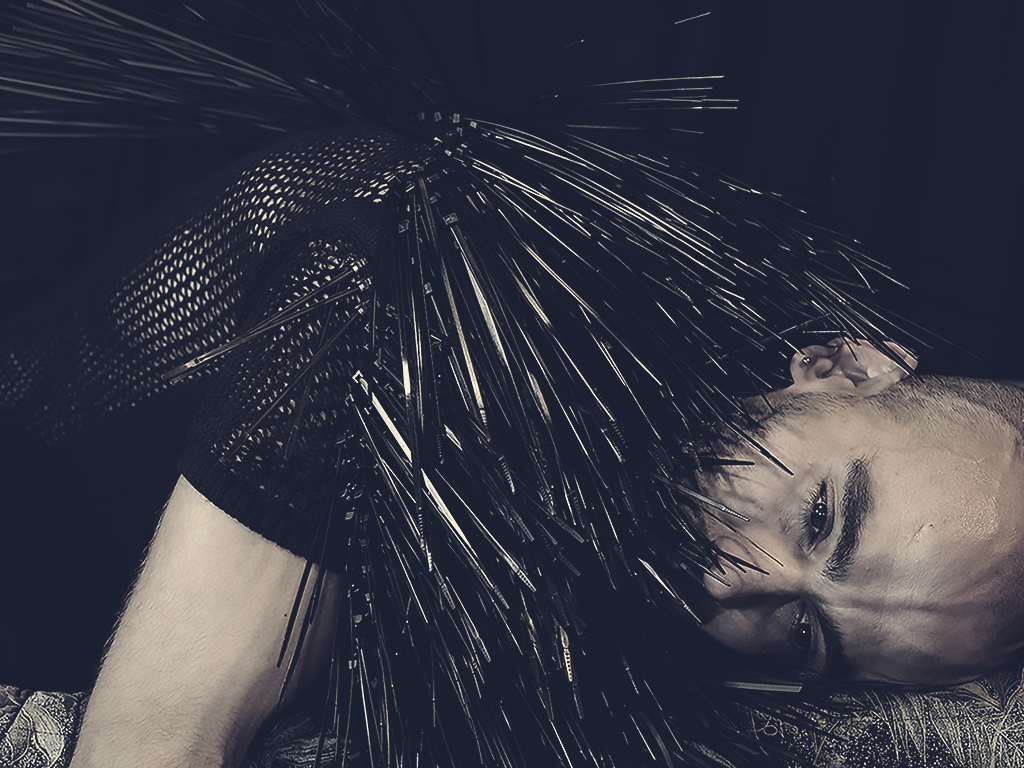 BOB investigates the relationship between childhood and crossing of boundaries, the link with monster and that with clown, the rites of passage as threshold artistic acts, both in temporal and physical/spacial meaning.

The central concept and leitmotif is profanation meant as the investigation of what is outside the sacred space and its tie with play and fears of childhood.

The creature on stage, BOB, is the monster that invites you to cross the boundaries and to profane the known and regulated reality; it is at the same time the incarnation of every fear and  subconscious attraction towards an universe which is obscure, profound and other from the everyday one.

Matteo Marchesi. He starts his path as an author for dance, to investigate the body’s expressive needs and the urgency for relating the variety of human nature as an individual, political and social resource, full of mystery, wonder and transformation skills. He’s an artist associated with Zebra.

By and with Matteo Marchesi

This site uses cookies. By continuing to browse the site, you are agreeing to our use of cookies.